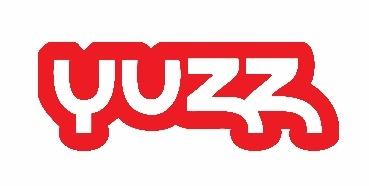 YUZZ is a programme aimed at young people between the ages of 18 and 30 which offers support, training and personalised consulting over five months to design business plans based on technological ideas. More than 500 companies have been created over the past five editions and 600 entrepreneurs have participated in the last year with 378 projects at 24 YUZZ centres throughout Spain.

Yuzz is a trampoline for young talent where skills and competencies in personal and entrepreneurial growth are developed, work is down in teams and an entrepreneurial community is formed. It also seeks to create alliances as well as promote networking. Participants are offered multi-disciplinary consulting from expert professionals and entrepreneurs so they may learn communicative techniques and the elements of feasibility and financial plans as well as have the opportunity to access top-level investment and training arenas.

Those selected will have access to the YUZZ Burgos centre where they will have the physical space needed to develop their idea, relate with other entrepreneurs and have the chance to develop their business idea. The best ones will be in the runnning for multiple trips to Silicon Valley, grants to attend the IMPULSA Forum and 60,000 euros in prizes to finance their projects.

Over the past four editions in which the CEEI – Burgos, the European Business and Innovation Centre of Burgos, implementing TOY methods in the last editions, has organised the contest, more than 89 projects have been presented.  Sixty of them have been selected and eight companies have been created with 28 jobs (Sapeando, Sivarit, Gestta, La fábrica de inventos, Mejorando el barrio, Adaptahome, Pan ComidoandIn4apps).  Seven projects are in the planning stage (Ecocio, Fast cool, Unitfutbol, Trendy44, 2bShift, VMSensorsandCTS for Chimneys) and three of the projects presented were winners.

Yuzz currently has 43 centres in Spain, an online community with 250,000 users, and a network of 200 expert professionals.  It accompanies more than 750 young people and has received the Circle of Economy Foundation Prize for Sponsorship and Patronage.

Yuzz is an initiative of the Santander International Enterprise Centre (CISE), sponsored by Santander Bank through its Global Santander Universities Division in collaboration locally with the University of Burgos and the European Business and Innovation Centre of Burgos (CEEI Burgos).